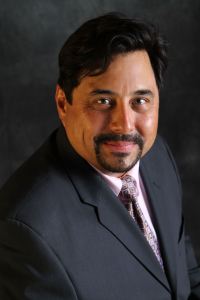 Since his debut in 2003, Christian Sebek has been recognized for his powerful and lyrico spinto voice. The New York Times praised him as “possessing a marvelous voice,” while the Houston Chronicle extolled his Rodolfo as “full of visceral excitement.” and proclaimed his Manrico was sung with “stentorian authority, with clarity, forcefulness, and ring that were the standard for others to meet or miss.”

He continues to excite audiences as Ubaldo Piangi in the Broadway production of Phantom of the Opera, a role he has performed over 1400 times. Mr. Sebek looks forward to being the Soloist in the Berlioz Requiem with the University of South Carolina Symphony in April 2015. He recently jumped in to sing the role of Manrico with NJ Verismo Opera. In addition he has done several concerts including a Verdi Concert with Bohème Opera and a series of Puccini Concerts chronicling Puccini’s life through his work with DiCapo Opera. In 2011 he made his debut with the DiCapo Opera in New York as Michele in Menotti’s The Saint of Bleecker Street. The following July he appeared as Rodolfo in New York’s Central Park under the baton of Maestro Vincent LaSelva. Mr. Sebek created the lead role of Nathanael in Thomas Cabaniss’s Off-Broadway, contemporary opera The Sandman. He has sung Cavaradossi in Tosca with Opera Idaho, Radames in Aida and Calaf in Turandot with Bohème Opera, Rodolfo in La Bohème with Center City Opera Theater, Opera in the Heights and Opera Western Reserve. Additional credits include the title roles in Otello and Samson et Delilah with One World Symphony, Pinkerton in Madame Butterfly with The Treasure Coast Opera and Center City Opera Theater, Canio in Pagliacci with Opera Western Reserve and Turiddu in Cavalleria Rusticana with Opera Company of the Hamptons and The Chelsea Opera, Alfredo in La Traviata and Manrico in Il Trovatore. He has performed Luigi from Il Tabarro with Mercury Opera in Edmonton, AB to rave reviews and sang the role of Romeo in Gounod’s Romeo and Juliette in concert at Weill Hall with the New York Lyric Opera Theatre. In June, 2010, he sang the role of Calaf in Turandot for New Rochelle Opera.

In 2009, Mr. Sebek performed at the Basilica de Santa Maria Aracoeli the role of the Shepherd in Andrew Miller’s The Birth of Christ for the Vatican. The performance recorded for DVD starred Jim Caviziel, Michael York, and Lou Gossett Jr. In concert, he has performed internationally throughout Eastern Europe, Spain and Italy. Mr. Sebek was the tenor soloist at Carnegie Hall, in MidAmerica’s production of Handel’s Messiah. Additionally he has performed at Carnegie Hall’s Zankel Hall with One Bright World and at Weill Hall in a concert of Italian Operas. He has performed with the Greenwich Village Orchestra in a Celebration of Jewish Stories in Opera. Mr. Sebek has been the featured soloist in major choral works with orchestras around the New York area, including Beethoven’s Ninth Symphony with the Brooklyn Symphony Orchestra and Kurt Weill’s Requiem with West Park Symphony. He has received numerous awards including NATS, Gerda Lissner Foundation and was the recipient of the Birgit Nilsson award while attending Manhattan School of Music.

Christian Sebek holds Bachelors degrees in Finance/Accounting and Music. For more than 16 years, Mr. Sebek was the General Director of Stern’s Music U.S… the world’s leading African record company. During his tenure at Stern’s, he helped launch hundreds of bands, labels and US/Canadian tours. The bands were recognized in concert halls throughout the United States. The most successful band and recording group was known as Africando which topped the Latin Billboard charts dozens of times with 9 CDs in all.

In addition to his stage career, Christian is an active Voice-Over Performing Artist. For over 21 years he has sung nearly a hundred TV, Film, and radio commericals. Highlights include appearances on Comedy Central and in Harlem Aria… starring Damon Wayans, Paul Sorvino and Christian Carmargo.

Christian is a member of Actor’s Equity, Screen Actors Guild and AFTRA. Mr. Sebek has maintained a vocal studio in New York City for over twenty years. He teaches regularly for Broadway Classroom. Recently he gave a Master Class at the Conservatorio de Musica de Puerto Rico. and will return in 2016.